Here are a few checks you can perform if your kegerator has stopped pouring or isn’t working! Troubleshoot with us :)

Written by Nathan Rosenstock
Updated over a week ago

"So You Think You Can Troubleshoot?" is the hottest new reality show starring you! This one doesn't include a competition and we promise, Simon Cowell won't show up in a tight V neck to judge you. In this reality show EVERYONE wins...granted, not $1 Million; however, you will feel super accomplished and proud fixing your kegerator.

Here, you'll learn a few checks to perform when your kegerator isn't working to see if you can fix it. We’re going to look into three major culprits:

Your kegerator should be, otherwise, it’s not gonna work. The very first check you’ll want to perform is to make sure your gas tank is turned on.

Have you checked your regulator today?

This is often where a lot of the issues lie. The regulator controls the gas flow into the keg, and since the keg needs gas to work, this is usually the biggest culprit for stopping that flow. 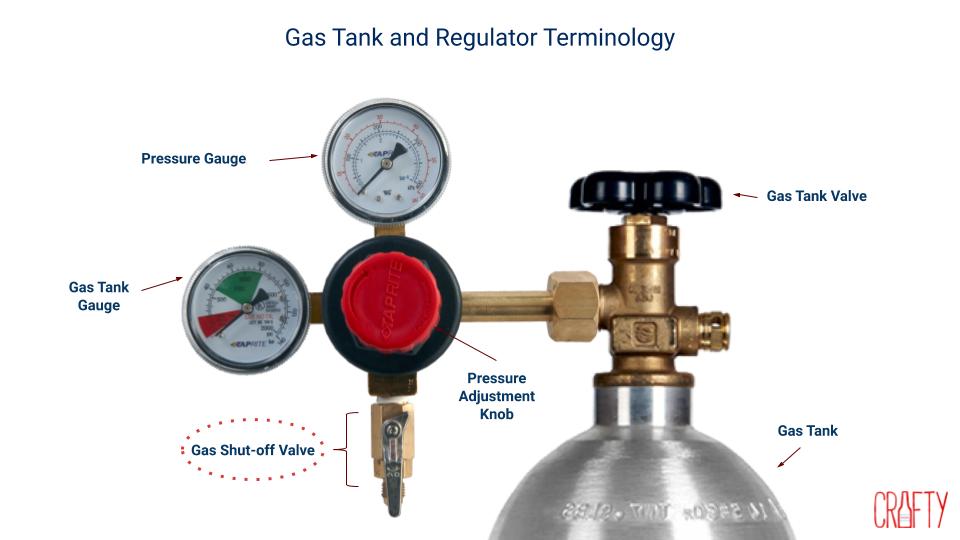 The first thing you'll want to check is your gas shut-off valve.

This is one of the most common issues we see, and it's the easiest to fix! It's as easy as turning off and on a light switch, so it's easy to miss.

Here's a picture so you know just what is should look like: 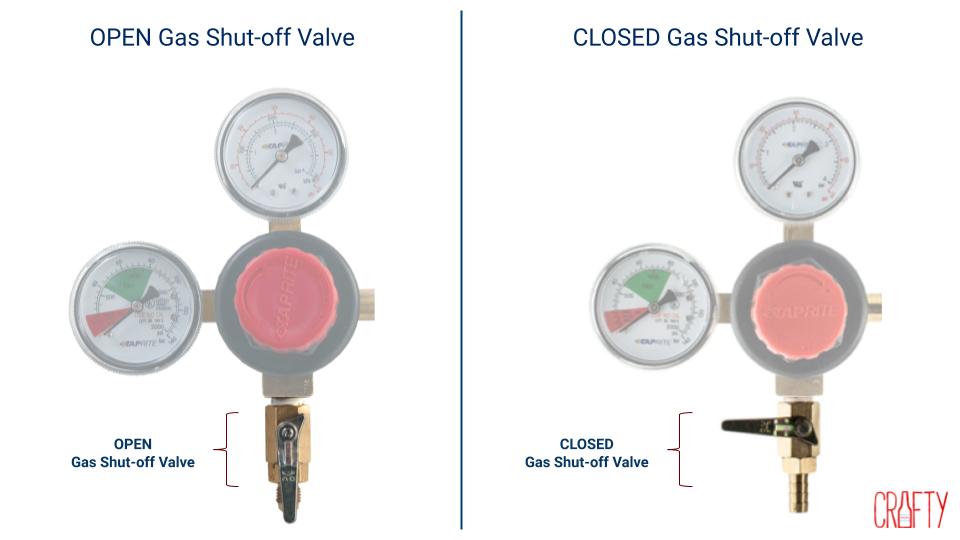 The next step is to check your gas tank gauge. 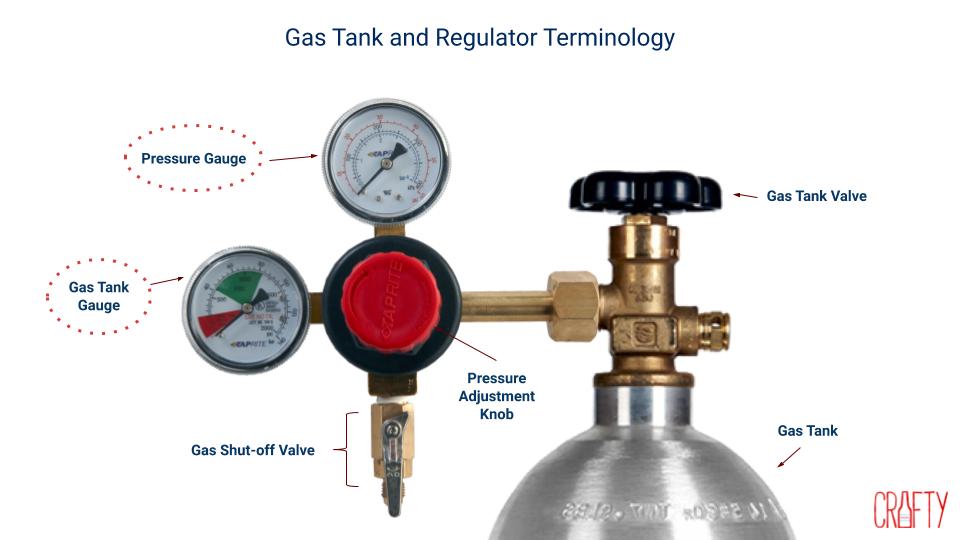 Is the needle in the red? That means your gas tank is empty and you need to swap in a new tank! Problem solved!

If that's not the problem, then head over to the pressure gauge. Sometimes if the pressure is too low, your flow will be super slow or will stop altogether.

Below is a PSI chart. This is where your pressure should be set based on what product you are serving in your kegerator. 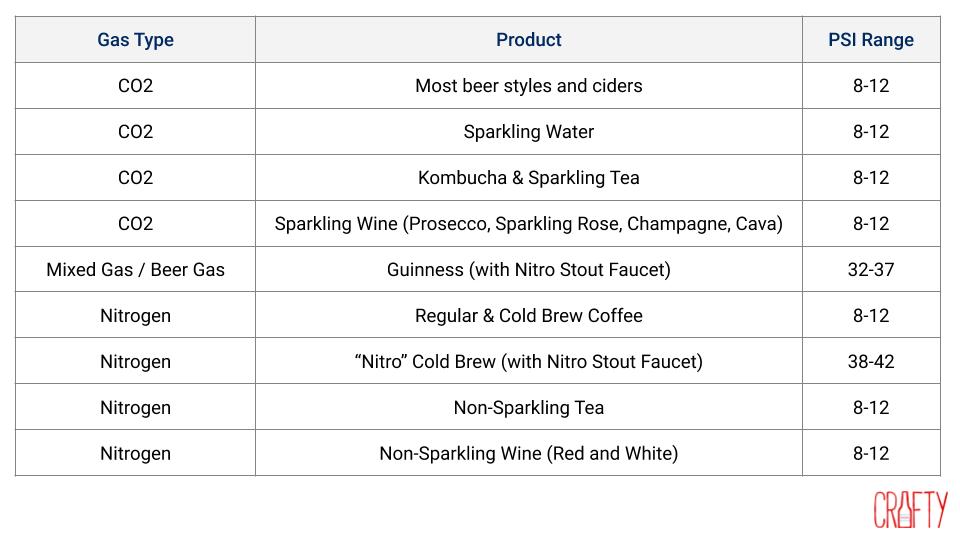 If your PSI isn't reading at the correct level, all you need to do is adjust the pressure! It should be pouring now.

If it's still not pouring, then the next step would be to move onto the coupler.

Let's check out your coupler.

What's that, you say? The coupler is the apparatus that attached to the top of the keg to tap it. There are a bunch of different couplers, the most common being the Sankey D Coupler. Let's get you a visual: 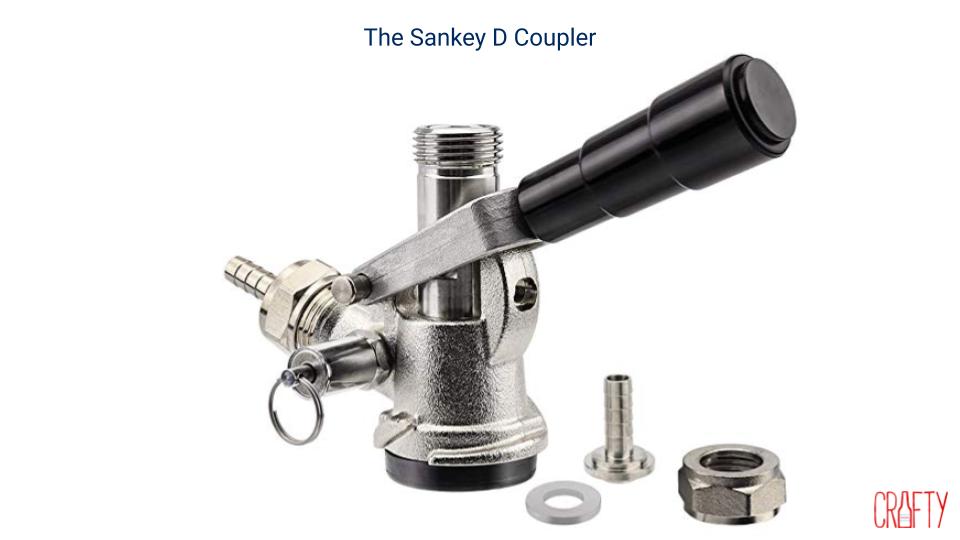 Sometimes, the check ball - a little plastic ball inside the coupler - can get stuck. To find it: 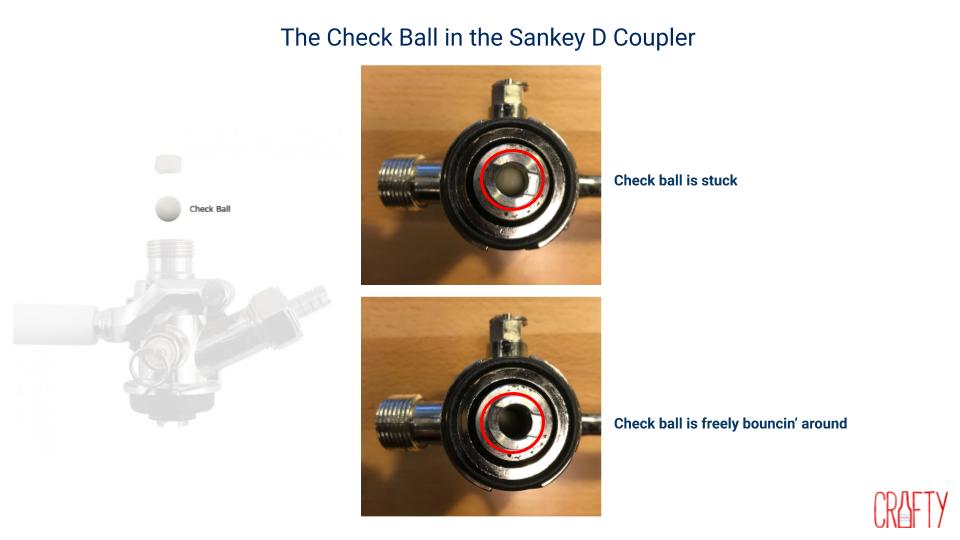 You can even soak the coupler in some warm, soapy water to prevent it from getting stuck again if you're feeling ambitious!

These are the most common problems we run into when a kegerator isn't flowing. If all of these checks didn't succeed in getting your kegerator to pour, feel free to reach out to us to schedule a service visit and we'll get you up and running as soon as humanly possible!

Help Me Fix My Kegerator!
Did this answer your question?